We use cookies to offer you a better browsing experience. By using our site, you consent to our use of cookies. For more information, click here

THERE MAY BE SEVERAL FAKE WEBSITES IN PUBLIC DOMAIN CLAIMING TO BE WEBSITES OF MRF LTD. AND PLACING ADVERTISMENTS FOR DEALERSHIPS, JOBS, ETC. WITH THE PURPOSE OF EXTRACTING MONEY / PERSONAL DETAILS. MRF LTD. HAS NOTHING TO DO WITH SUCH WEB SITES NOR DO WE COLLECT MONEY FOR THE PURPOSE OF DEALERSHIPS OR JOBS. ANYBODY RESPONDING TO SUCH ADVERTISEMENTS SHALL BE DOING SO AT THEIR OWN RISK AND WE REQUEST GENERAL PUBLIC TO EXERCISE CAUTION.

ALL OUR OFFICIAL E-MAIL ADDRESSES ORIGINATE FROM THE DOMAIN NAME mrfmail.com

FOR ANY INFORMATION AND CLARIFICATION, PLEASE REACH OUT TO US AT write2us@mrfmail.com 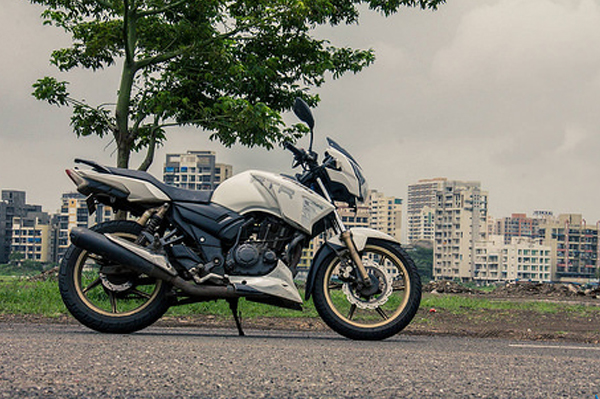 Talking about tyres and about the mentality among most bike riders, tyres with good life are the best, thread pattern doesn’t matter, what kind of compound the tyre rubber is, even that doesn’t matter. But as time has passed, the Indian market has received motorcycles which have quite a lot of power and hence they’ve got better tyres too! Madras Rubber Company a.k.a MRF, an Indian tyre manufacturing company started its work even before we got independence and so it has got the best base here and it’s also the largest tyre manufacturing company in India.

Motor Quest: Madras Rubber Factory Limited (abbreviated as MRF) is the largest tyre manufacturing company in India with its headquarters located in Chennai, Tamil Nadu. It was founded in the year 1946 but it started with tyre manufacturing with its first nylon tyre in 1973.

With the advancing technology MRF felt a bit left out as other foreign companies brought products which matched the requirements of super powerful motorcycles. Though MRF didn’t lose the fire and kept on with the competitive requirements. Recently MRF did a great job by launching the NV series in its motorcycle tyres category. NV series brought a new range of tyres with the dimensional sizes of the tyres already available but the tyres running on better compound rubber while some having a steel belt which makes them radial tyres. Yes, radial tyres for motorcycles! Radial tyres are much better than the regular ply tyres as they can absorb more torture without any mere effect. We got a pair of tyres for review and within a span of two weeks, we covered more than 2000 kms on our long term Apache 180. We are very much impressed. Let’s see how great these tyres are!

Before we start with the review, if you all had been through the race spec Honda CBR250R track report, we tested the bike on the MMSC track and it had the same new MRF radial rubber. As the stock bike rode on Continental tyres, it provided great life but lost out on road and track grip. But with the MRFs, the Honda CBR250R rode like a gem and the feedback from the tyres was insane as I could feel the amount of grip the tyres were feeding in. On track, I was very much impressed as even with the pumped up power the baby blade never had any traction loss, not even a bit of it.

Coming back to the tyres we received for testing, we got a pair which had MRF Revz FX1 on the front and MRF Revz on the rear. The front is 100/80/17 sized normal rubber while the rear uses 120/80/R17 radial rubber. The bike these tyres are jacked onto is an Apache RTR 180 ABS. By looking at ABS, you all might wonder, is it worth it? Well hell yeah! Our test bike had done 10,000 kms on the stock TVS tyres, then about 8000 kms on Michelin tyres and the last 11,000 kms on CEAT tyres after which the MRFs came in, and I’ve done just about 2300 kms till date on the MRFs. TVS rubber at first was stock which provided life but lost out on braking performance and that’s where the ABS kicked in and saved. Michelin rubber provided ample grip and the perfect feedback while cornering but it lost out total control in off-road conditions. The CEAT tyres were a dual purpose rubber and it did provide good on-road as well as off-road grip but it again lost out on top-end performance as it was a bit heavy.

The MRF rubber, a ply based tyre at the front while the rear is a radial tyre, just to have a match with the suitable tyre sizes so that it would be perfect for the bike. Within the total 2000 kms, the first thousand was a weekend expedition to a coastal region in Maharashtra and that did gave a good feel of the tyre, the later 1000 kms includes city and highway riding in and near Mumbai. During the coastal expedition, the MRF rubber was used at the max as there were some dry patches but maximum time we encountered wet/damp riding conditions. The roads included good straights with a few pairs of ghats and off-road patches

The MRF rubber i.e. the Revz series, never backed out, it provided grip at all times. While considering that the tyres were new it would require a small run-in but as soon as the first ghat was over, there was just a bare chicken strip left on either of the sides. The contact patch of the rear tyre to the road was barely any, this made the rolling resistance very very less and surprisingly even with a small contact patch, it gripped the road very well. Neither of the time there was any kind of braking issue. As on braking, the load goes ahead and the front tyre has to bear it, even after being a normal tyre but due to the rubber compound, the front MRF tyre took all the braking load without any hassle. Even in damp conditions, the front tyre did take all the braking inputs without any fuss.

The rear tyre being a radial fits very much round, there is the least deformation and hence it provides optimum grip with the least roll-on resistance. Not much surprised but due to this, the overall fuel consumption of the bike got a bit better too. While economy is a concern for most, stability at high speeds also matters for some who like the adrenaline rush. With no doubt at all, our long termer was able to cruise at 100 km/hr and while going flat out on the straights, the bike was very much stable even at 130 km/hr. The tyres get great speed rating and hence even at those high speeds, there was no compromise on grip.

Back in Mumbai and the regular week starts, going down to office and coming back home encountering the highways and city roads, this is where the actual test could be. Highways were pleasant and quick and within time I could reach places within the city but there was this time when we had to do riding within town. The great roads in Mumbai (pun intended) with the traffic that is up for a tag ‘slow and steady wins the race’ didn’t give a chance to utilise the tyre well. But as we are bikers, we can’t keep calm and wait behind traffic, we always find new and adventurous roads, jumping over potholes, the side walks at times being the bikers temporary getaway option. This is when I could understand how the last three set of tyres got worn out so soon. Never the less, these MRFs have been all rounders compared to the other brand of tyres we have used. To put it in better words, MRF an Indian company, has a deep background with a lot of experience and so it knows its tyres well and hence most MRF tyres are more suitable to Indian roads than most other brands out there. Introduction of the NV series and the radials just made it better!

Riding a bike the whole time equipped with ABS with the ABS kicking in every time under hard braking on stock tyres. But with the MRF tyres, the ABS never kicked in except on off-road patches, which clearly indicates that these new tyres have lots of capability.